The Report: A Novel by Jessica Francis Kane 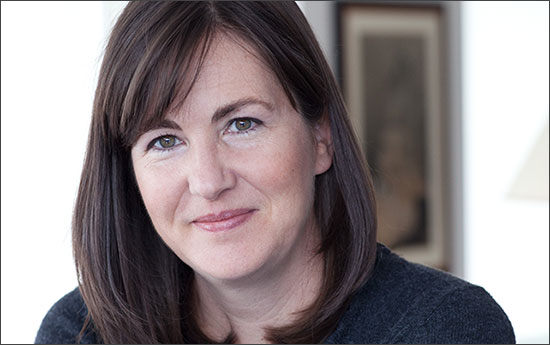 Photo Credit Nina Subin
The Report on The Report

The Bethnal Green tube station disaster was the largest civilian accident of World War II, and yet it was a mystery: In all cases death was by asphyxiation; there was only one broken bone. For two days the government withheld information, citing issues of home security and the importance of keeping word about the tragedy from reaching the enemy. Eventually an inquiry was held in secret, the results of which were published after the war.

I first came across the story ten years ago, when I attended an event at the British Library for a new series of books published by the London Stationery Office. The series is comprised of official government reports not previously available in popular form, and the one the series editor held up in his hand—and spoke passionately about for a few minutes—was The Tragedy at Bethnal Green. He sketched the time and setting, explained that conditions were very difficult, morale very low at that point in the war. The magistrate who’d investigated, he said, had done an unusually good job and then had delivered an elegant report. The editor suggested, I don’t remember exactly how, that this was nothing short of heroic. I bought a copy of the book and later visited Bethnal Green to see the plaque that commemorates the accident. I took a few notes and thought I might turn them into a story someday.

After 9/11, when calls began in the press for an independent investigation into that tragedy, and in other circles the very future of fiction was being called into question, I pulled out my notes from Bethnal Green. It seemed to me there were parallels: a community had been shocked and needed an official investigation to tell it what had happened. Although the scale was vastly different, in both instances a great deal of hope—for explanation, reform, redemption—was placed in the inquiry and report-writing process. I began to wonder what good could come of it, and I found I wanted to write something in defense of fiction.

We live in a report-saturated age, the news so often filled with the findings of the latest commission assembled to examine every tragedy, accident, or misdeed. It is my hope that The Report explores the curious role of the report writer and considers the responsibilities and contradictions of a public report. What is the role of such a work? It attempts to be the truth, but is not always complete. It presents a story, but not always the one the most people believe. When it was published the 9/11 Report was widely praised for being well-written, and there was much discussion about what role art can or should play in such a document. When I read those articles I was reminded of what the editor had said about the Bethnal Green report, a document produced in much less time and by only one man, and so The Report began. I hope it tells a provocative story about tragedy and truth, and how our perception of blame changes over time. In that spirit, one of the book’s epigraphs comes from the preface of the 9/11 Report, “We want to note what we have done, and not done.”

JESSICA FRANCIS KANE was born in Berkeley, CA, grew up in Ann Arbor, MI, and graduated from Yale. After graduation she worked in publishing in New York City and Washington, D.C. Her first short story collection, Bending Heaven, was published in the US (Counterpoint, 2002) and the UK (Chatto & Windus, 2003). Awards and honors for her work include the Lawrence Foundation Prize from the Michigan Quarterly Review, fellowships from the MacDowell Colony and the Virginia Center for the Creative Arts, and Special Mention in the Pushcart Prize Anthology. Her stories have been presented on BBC Radio 4 and published many places, including Virginia Quarterly Review, The Missouri Review, McSweeney’s, The Yale Review, A Public Space, Narrative, and Granta. Her essays and humor pieces have appeared in Salon, McSweeney’s Internet Tendency, and The Morning News, where she is a contributing writer.

Her first novel, The Report, was published by Graywolf Press in September 2010 and was a finalist for the Center for Fiction’s Flaherty-Dunnan First Novel Prize, the Indie Booksellers’ Choice Award, and the Grub Street Book Prize for Fiction. It was also a Barnes & Noble Discover Great New Writers selection. The Report was published in the UK by Portobello Books in March 2011 and was chosen as a Best Reads 2012 for the Channel 4 TV Book Club.

Stage and film rights for The Report have been optioned.

A new short story collection, This Close, was published on March 5, 2013, by Graywolf Press. It was long-listed for the Frank O’Connor International Short Story Award and The Story Prize, and was named a best book of 2013 by NPR and Flavorwire.

Kane lives in New York City with her husband and their two children.


The Report: A Novel can be purchased here.

Book clubs: I can come in person if you live in the New York area. If not, I can visit via phone or Skype. Contact me directly.