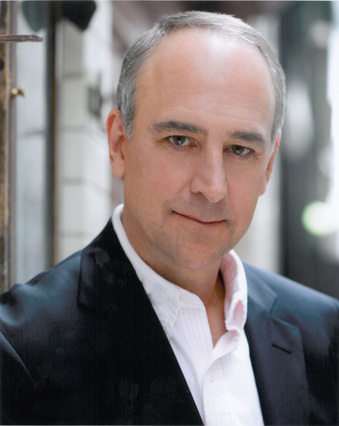 Michael Countryman has appeared on Broadway in Wit, Mary Stuart, Night Must Fall, Holiday, Laughter on the 23rd Floor, A Few Good Men and Face Value. Numerous off-Broadway credits include The Open House, Dancing at Lughnasa, Bluebird, The New York Idea, Equivocation, Shipwrecked!, Trumpery, The Butcher Of Baraboo, Mary Rose, Dedication, The Bald Soprano, The Stendhal Syndrome, House And Garden, The Clearing, Nine Armenians, All in the Timing, a Drama Desk nomination for both The Common Pursuit and Out. Regional credits include world and American premieres at Hartford Stage, McCarter, George Street Playhouse, The Guthrie and Long Wharf Theatre. Mr. Countryman has appeared in the films Burn After Reading, P.S. I Love You, Che, The Namesake, The Squid and the Whale, Loopy, Black Knight, You Can Count on Me, Ransom, Deceived and Eavesdrop, and on television in Boardwalk Empire, The Americans, Elementary, John Adams, The Sopranos, NYPD Blue, Law & Order, Third Watch, Law & Order: Criminal Intent, Notes for My Daughter and Kate and Allie among others.
Philippa Dawson 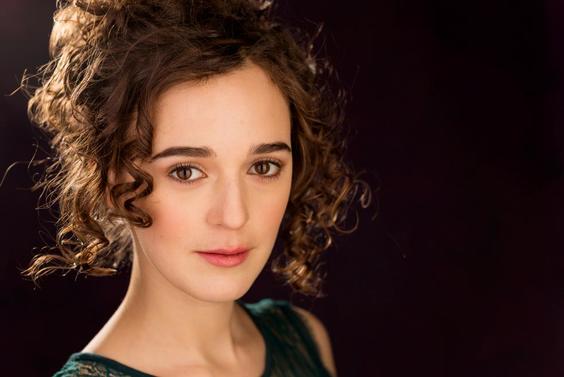 Philippa studied Acting at the American Academy of Dramatic Arts. She was then accepted into the Academy Company ’15, where she had roles in ‘Look Homeward, Angel’, ‘Night Season’ as Maud, ‘Detroit’, as Mary, and she originated the role of Crank in ‘Robin Hood the Musical’ by Douglas Carter Beane.  Since graduating she has worked for Human Relations Media and had a featured role in the short film ‘Vandal’ Philippa is very excited to be making her NY Stage Debut in The Report. www.philippadawson.com
Denny Desmarais 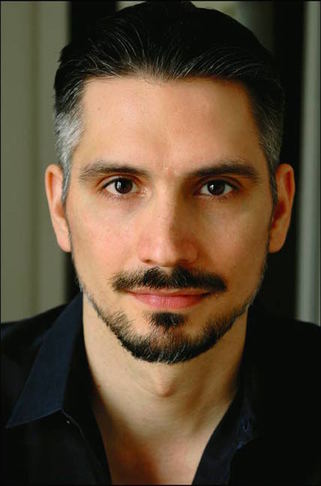 Denny Desmarais credits include Three Sisters (Vershinin), A Midsummer Nights Dream (Lysander), Uncle Vanya (Astrov) (Red Monkey Theatre). Other credits include Can This Marriage Be Saved? (God), Crimes of the Heart (Doc Porter), The Trial of Salomé (Rodger P. Billing), Anthony and Cleopatra (Ventidius), West Side Story (Bernardo), and Love and Latkes (Ensemble). He has studied and performed with the National Ballet of Canada, the Royal Winnipeg Ballet, and performed as soloist Ukrainian dancer in the Ukraine.  Education: Circle in the Square Theater School (New York), The Magnet Theatre, Michael Howard Studios.  I cannot thank-you enough, Dragon: I love you.  To all else, thank-you.
Natalie Frost 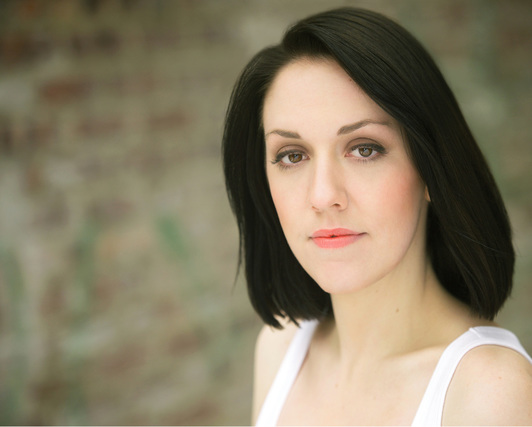 Natalie, a native Brit initially trained at LAMDA, is a more recent graduate of the American Academy of Dramatic Arts, graduating with the Charles Jehlinger Award for Best Actress, and the honor of joining the Academy Theatre Company. Since graduating, Natalie has worked on stage (both regionally and in New York), on screen in both online sketches & web series, and in voiceover. Theatre credits include: Barbara 'Run For Your Wife’ (Fireside Theatre,WI), Esther 'Scenes of a Sexual Nature’(World Premiere, Off-Broadway), Teresa ‘Memory of Water’, Vivvi ‘Improbable Fiction’, and Madeleine Lambroke ‘The Veil’. You can soon see Natalie in the upcoming web-series 'This is Jamie', and her own web series 'The Victorians’, created with her best friend. Having worked on the original staged reading, Natalie is thrilled to be reprising her roles in 'The Report' with such a wonderfully talented bunch. Natalie would like to thank her Mum and Dad for their constant love and support, and Max and Grace, the greatest brother & sister a girl could ask for. www.natalie-frost.com
Jenny Green 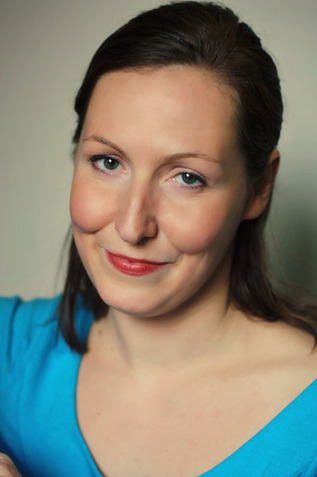 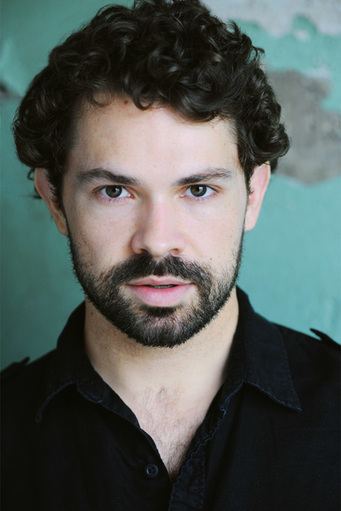 Louis Lavoie is very pleased to be working on a brand new play with a great cast and is so thankful to Martin, Jessica, Alan, and the whole creative team. Louis recently wrapped up a production of the Laramie Project with AlphaNYC, performed at Joe’s Pub in the new play Balladeers Play to the Moon, completed pilots for All My Friends Are Married, and 10-1, and an indie, art house film Ophelia! Ophelia! Some favorite past roles include Launcelot in Merchant of Venice, Oliver in As You Like It, Richard in The Lion In Winter, Jonathan in Oh Dad, Poor Dad..., and Hal in Summer Brave.  Louis trained at the American Academy of Dramatic Arts and Florida State University, and comes from Christmas, FL--Google it.  Enjoy the show!www.louislavoie.com
James Physick 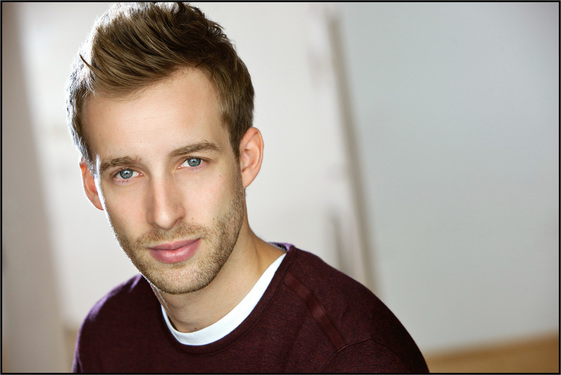 Originating from South Wales, UK, James trained at the Central School of Speech and Drama, London and went on to complete his training at the American Academy of Dramatic Arts, NYC. Off-Broadway credits include "Britbits" with Mind the Gap Theatre Co. ”Good Morning” with Red Soil Productions (festival nomination for Best Actor), "Canuck Downunder" with Dalliant Productions. NY Academy Company credits include FairyCakes, Orpheus Descending, When the Rain Stops Falling, Fifth of July and Book of Days. www.jamesphysick.com
Sophie Sorensen 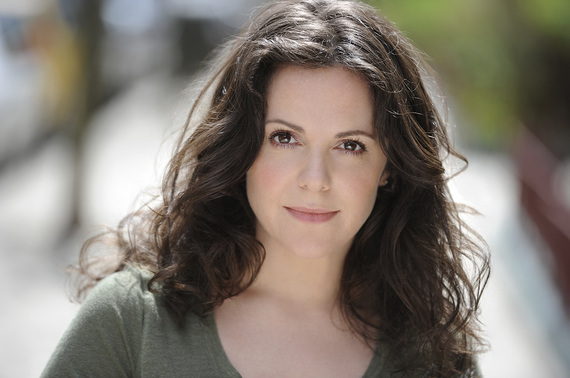 Sophie was born in Cheltenham, England and moved to Stockholm, Sweden at the age of eight. Before moving to New York to fulfill her life long dream of becoming an actor, she worked as a Registered Nurse, studied Shaman healing and worked for an NGO in Thailand. She is a graduate of The American Academy of Dramatic Arts, a student of Michael Howard and a Patsy Rodenburg devotee. Some of her favourite parts are, Olga in Three Sisters and Rosalind in As you like it, both under the direction of Eve Best. She is honored to be part of The Report cast www.sophiesorensen.com
Jonathan Stephens 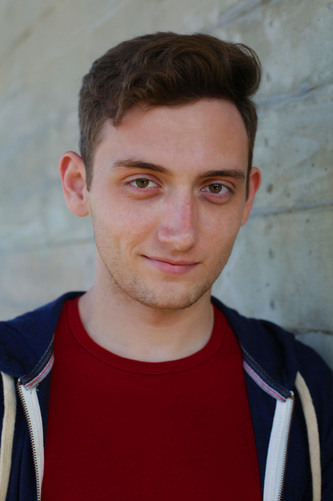 Jonathan grew up in East Sussex, UK and moved to the United States in 2011. Having been performing since the age of seven, Jonathan is no stranger to the stage or the industry. A trained Musical Theatre performer and fully accredited Tap dancer, Jonathan came to the states to hone his acting skills at The American Academy of Dramatic Arts in New York City. In 2014, Jonathan created and premiered the role of Pinnochio - the tap dancing wooden puppet - in seasoned Broadway writer Douglas Carter Beane's brand new show 'Fairycakes'. The show played in New York City as well as regionally in Scranton, PA. More recently, Jonathan has been focusing on his production credits - along side creating and producing his own webseries 'THIS IS JAMIE' he has been lucky enough to work on Broadway in New York City Centers Encores! production of The Band Wagon and most recently, a new musical version of Robin Hood. Jonathan is thrilled to be joining the cast of The Report and is grateful to be working on such a moving piece of theatre.
Zoë Watkins 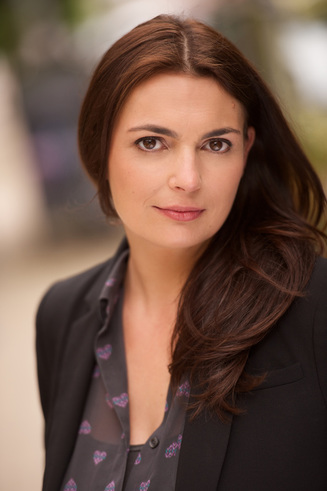 Zoë Watkins trained at The Royal Central School of Speech and Drama and after becoming after becoming a high school Vice Principal came to NYC and The American Academy of Dramatic Arts for further training. Zoe is a founding member of Cutting Hedge Productions. Theatre Credits include Nurse Ratchett One Flew Over The Cuckoos Nest, Hermia Midsummer Night's Dream, Mrs Lynch Coram Boy, Nina Moonfleece - US Premiere, Thea Agamemnon Home - World Premiere, Mary Memory of Water, Margaret Good People, Juliet: Cockney Shakespeare, Grumio, Taming of The Shrew. Film & TV Credits include George Got Skillz, Waitress Louie Pig Newton Productions/ FX, Nadi Wall Street English EUX Media. Zoe is gradually and proudly becoming a Britmerican!
www.zoe-watkins.com
David Wells
David Wells has served as voice and speech advisor for many plays, including the OOBR award winning A Tale of Two Cities, and the Broadway production of The Gathering. He consults and coaches prominent actors, authors and other public speakers on issues of vocal health, accent reduction, and vocal strength and effectiveness. For more than three decades, he has taught at actor training programs and acting studios in New York, among them: Michael Howard Studios, Atlantic Theater School, Gregory Abel Training Ensemble, Caymichael Patten Studio. He studied acting at CalArts where he met Chuck Jones, from whom he received his training as a voice teacher. In 1985, he joined Purchase as an assistant to Chuck and he remained on the faculty, teaching voice, speech and script analysis, until in 1993 he succeeded Chuck as head of the voice faculty which position he held until 1997. He also assisted Chuck in the revision of his book, Make Your Voice Heard. In 2000, he was a member of the first cohort of the University of Iowa/Denver Center for the Performing Arts Summer Vocology Institute, an advanced training program in the development and care of the professional voice. He is a member of VASTA, the Voice and Speech Trainers Association. His extensive Shakespeare resume includes four seasons with the Colorado Shakespeare Festival: featured roles include Puck, Feste. His “downtown” acting career includes many appearances at such venues as HOME, Here, the Public Theater, PS 122, and the Culture Project. He sings backup for the gay country duo, Y’All. He continues his performing career, occasionally appearing as his drag alter ego Shirley U. Geste. His plays and musicals have been performed throughout the US and songs he has written have appeared on television (Touched by an Angel) and film (The Bentfootes, Funny Things).
Stuart Williams 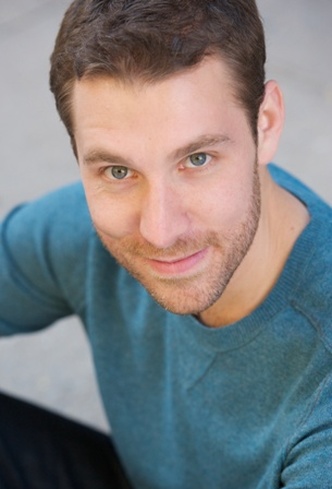 My grandparents were children of the blitz; heroes quite by happenstance. My nan lived just five miles up the road from Bethnal Green and, like many others, had no knowledge of this incident. The fear, of course, is that we will learn nothing from history, but the greater fear is that we might be denied these lessons because history has been silenced. I am humbled to play a part in telling this story and beyond grateful to Marty, Alan and my own nanny Joy. Deeply proud I am of my East End heritage. NY credits: U.S. premier of Dr. Andrew Harrison’s The Future (Isaac) at P.S.122, rogerandtom (Rich/Will) at 59E59 Theaters with Personal Space Theatrics, U.S. premier of The Safari Party (Daniel) by Tim Firth (also P.S.T.), Wilde’s An Ideal Husband (Lord Goring), Louis Nowra’s Cosi (Henry) with Australian Made Entertainment, Gary Owen’s Crazy Gary’s Mobile Disco (Matthew D. Melody), and David Eldridge’s Under the Blue Sky (Nick) with Mind the Gap Theatre Co.  Television: Turn:Washington’sSpies,AMC www.stuartwilliams.info.